Rani is a local businesswoman, mother and activist and a seasoned campaigner for almost a decade.

Rani has been for almost three decades and and took up her first role manning a reception desk for a volunteer bureau at a council in Leicestershire while her children were growing up. She later participated in a march against the closure of children’s heart hospital in Glenfield.

Later on as a resident of Great Glen campaigned alongside her local MP at a general election and went on to run for local government elections. As a former parish councillor Rani was instrumental in providing a skateboard park for local youngsters and also saw the installation of a village sign as member of the recreation committee. She also sat on the planning committee.

In 2010 Rani was invited on board as Trustee at a local Hospice and is a member of the Equality and Diversity and Clinical Governance sub-committees.

In addition to regular board meetings throughout the year where her responsibility is primarily strategic direction and governance of the charity, Rani also participates fully in other areas of the Hospice. She meets with Heads of Department and supports the Thanksgiving and Remembrance services as well as the annual LOROS Christmas concert.

In addition to her interest in charities, Rani plays an active part in the local business community where she runs business networking events and is a member of the Leicestershire Asian Business Association but also enjoys spending time with her family. Rani represented LABA on board the LLEP for the Better Business for all initiative.

Member of FRSA (Fellow of the Royal Society of Arts) 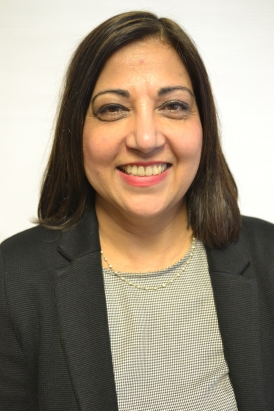