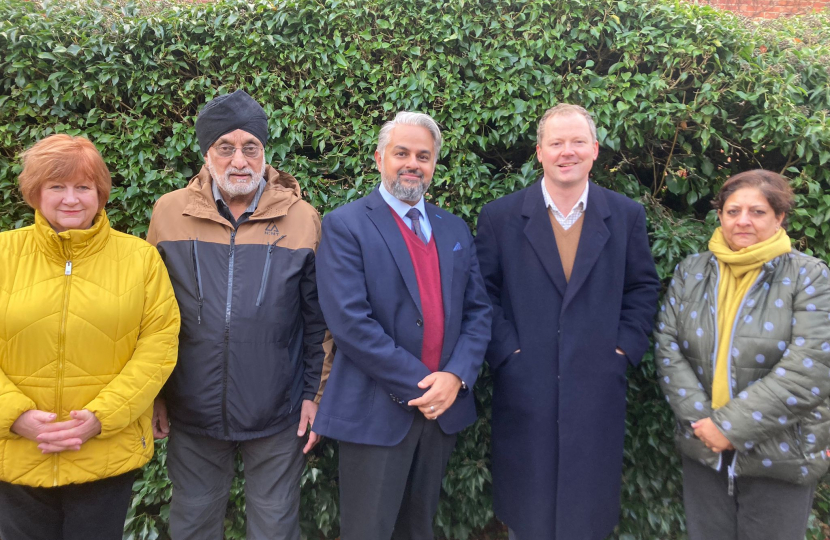 A senior Liberal Democrat councillor has resigned from the Party today to join the Conservatives. Cllr Dr Naveed Alam, who represents Grange Ward on Oadby & Wigston Borough Council, has stated that he can no longer trust the Lib Dems with the running of the council, and has thrown his support behind the Conservatives.

“The Liberal Democrats have failed the residents of Oadby and Wigston and I can no longer support them. Since 2019 they have introduced parking charges due to prior financial mismanagement, cut green bin emptying while charging more for the service, and have ignored the views of hundreds of residents on plans for 300 homes on Gartree and Stoughton Road. They have wasted over £10,000,000 of taxpayers’ money in the past 10 years, all whilst services continue to decline. Now, after a record of failure, the Lib Dem leader of the council is stepping down. I can’t keep making excuses for the Party anymore.

“I was elected to achieve the very best for my residents, but this has become harder over recent years due to the poor running of Lib Dem controlled Council. There is only one party who has stood up for the residents of Oadby and Wigston, and that is the Conservative Party. They have backed residents’ concerns over planning, and they have routinely spoken out against the disgraceful waste of public money.

“Nationally, the Conservatives under new Prime Minister Rishi Sunak are making great strides in tackling the major issues that the British public care about. They are offering a positive vision, and I fully support our MP Neil O’Brien who is helping to deliver for people both locally and nationally.

“As a member of the Conservative Party, I am still fully committed my residents in Grange Ward, and will continue to represent them to the very best of my ability.”

“Naveed is a hard-working Councillor who wants to do his best to represent people across Grange ward and wider Borough. He is right to say the Lib Dem Council is wasting your money and I look forward to working with him to challenge them on this, alongside fellow Conservative councillors.

“The Conservatives are offering a real alternative and increasingly residents are turning to our Party. We have seen that in the Meadowcourt by-election in Wigston last year where we took a seat from the Lib Dems on the council, and in the County Council elections the year before when we also took a seat. Naveed’s experience and knowledge will be a welcome addition to our team.”