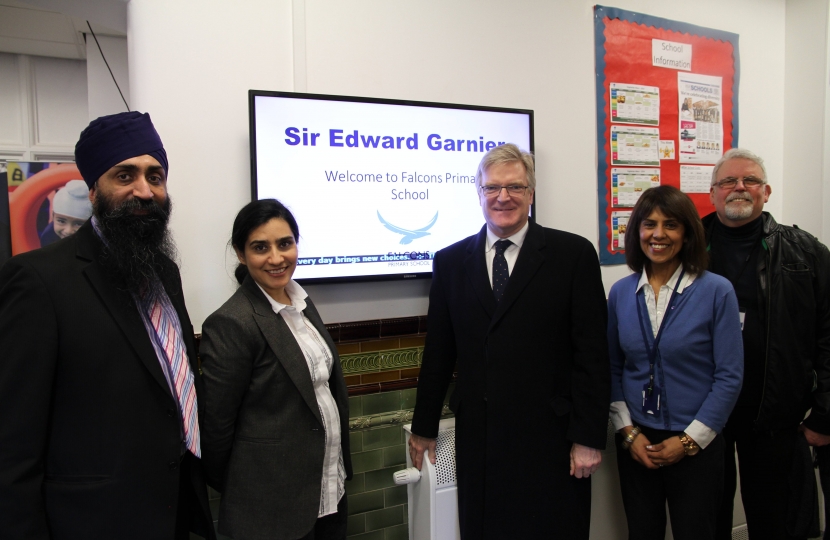 Sir Edward Garnier, MP for Harborough, Oadby and Wigston, visited Falcons Primary School in Leicester on Friday 30 January. He met the Headteacher, Jasbir Mann, pupils and sat in on an arts lesson.

He said: “I have been involved with Falcons Primary since its very beginning when my constituents and other Sikh community leaders decided that they wanted a Sikh school in Leicester. I have always been supportive of the concept and corresponded with the Department for Education both when it was first mooted and when it suffered a temporary setback in September. Fortunately the Education Minister, Lord Nash, was able to let the school progress and I am now confident that the school go from strength to strength. It certainly deserves to do so.”