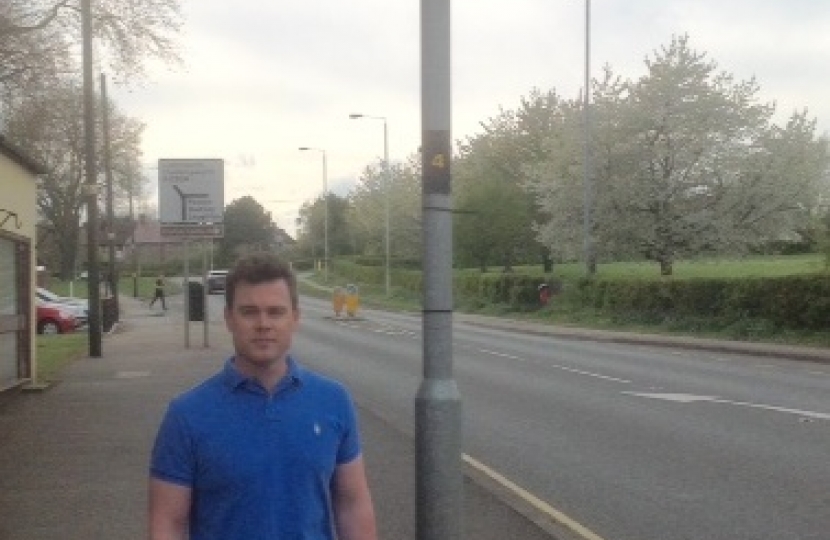 Blake Pain, County Councillor for Harborough West and Foxton, and who is also candidate for Lubenham ward in the forthcoming District Council elections on May 7th said

" I welcome this report, which I had been pressurising the County Council to complete for some time.

It is very helpful as it is based on the real - time factual data and physical inspection, and not idle speculation or computer modelling "

Traffic Volumes: Permanent road counter shows No. of vehicles has only increased by an average of 48 per day between Jan 2010 and Jan 2014. The current road traffic volume is approx half that found on other similar rural Leics County ‘A’ roads.

Speeding traffic: 85% of all traffic was found to travel at 35mph or less, according to the review. However, I am aware that many residents including myself are concerned about the number of vehicles speeding through both Theddingworth and Lubenham . I had already asked the Police to carry out more speed trap operations, despite the new traffic calming measures that have been introduced by the County Council. These measures included " dragon's teeth" road markings, flashing speed advisory signs, central refuges and 20mph advisory signs near to schools."

"In addition, although  improvements to pedestrian access over the A4304 is suggested, it is only because  a contribution of funding has been secured, at my request via the Airfield Farm s106 traffic measures, that a pedestrian crossing can be provided for Lubenham. In addition as this safety report makes clear there are serious practical limitations to additional calming meaures due to the use of the road by tractors and other agricultural traffic, as any narrowing of the road would stop them being able to use it."

To review this report please see the attached document.